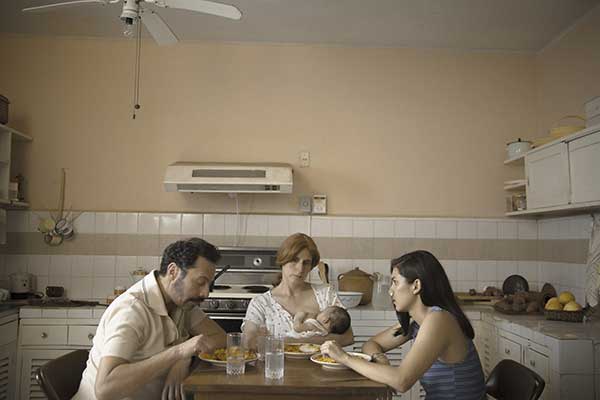 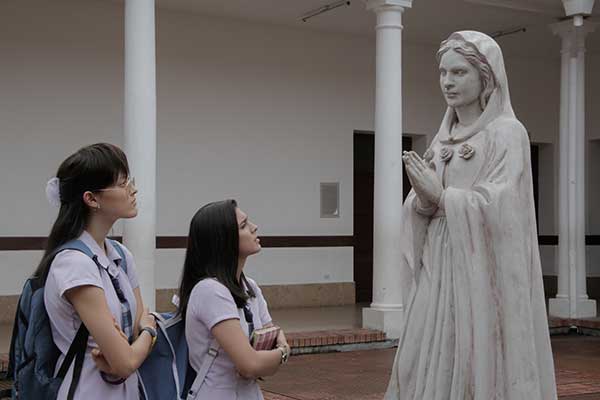 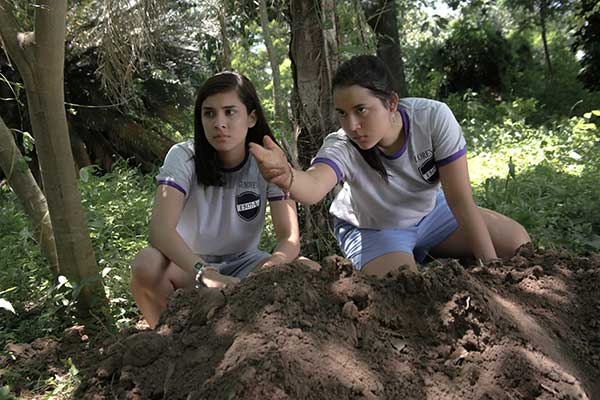 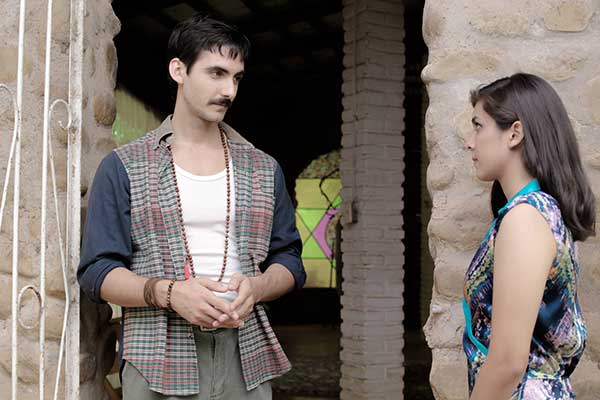 Drug trafficking breaks into “Culo del Mundo”, a town in eastern Bolivia while sixteen-year-old Genoveva tries to survive the nuns at her school, her hostile classmates, her hopeless parents and men with weapons. Everything changes when she meets her mother’s spirit guide.

a film by Juan Pablo Richter

Juan Pablo Richter, is the owner of a subtle and different narrative and aesthetic, and is part of the new generation of Bolivian filmmakers. A cinephile like no other, he masters the cinema from its history to its techniques, styles and aesthetics. He is a creator in essence, he does not go a day without imagining stories, writing and creating.

Born in Trinidad, Bolivia, Juan Pablo Richter studied Film Direction and Social Communication in La Paz. He is the scriptwriter and director of “98 Seconds Without Shadow”, his second feature film, with “El Río” (2018) the first. He is also co-director of the ISLAB Bolivia script workshop, editor of the films “Bárbara”, “Santa Clara”, “Gaspar” and “Blood Red-Ox”, and screenwriter, director and editor of several short films and documentaries.

WITH THE SPONSORSHIP OF

A Pucara Films production in co-production with Cine-Sud Promotion (France); based on the novel by Giovanna Rivero.

She is a 20-year-old Bolivian actress. She was born in Trinidad, Beni; she resides in the city of Santa Cruz since she was 8 years old. She had an interest in acting from an early age, participating in numerous plays in her school’s theater workshop until she was 13 years old. She resumed acting in 2019 in her first year of college, entering Adriana Lea Plaza’s acting workshop at UPSA. Later that year, she auditioned for Juan Pablo Richter’s film “98 SECONDS SIN SOMBRA”, landing the role of Genoveva in her acting debut. In 2021 she participated in the short film “EL CUENTO DE MAX Y EMMA” with the role of Emma.

Actress, director and theater educator. Lic in education. She trained and worked in Bolivia, Argentina and France since 1995. She trained in dance and music at the same time. She participated in more than 15 international theater, music and dance festivals such as the Avignon Festival. Since 2002, she has been a creative partner of the companies. Kikntear and Scene 163. ella Hoy she is the director of the Escenalmargen collective and the Ser y Estar Workshop, a training project for young actors and promotion of contemporary dramaturgy.

She started her work in audiovisual as an assistant director, she worked as an actress in film and television with the best Bolivian directors, she was also a casting director and acting coach. In film, she worked as a leading and supporting actress in the feature films Forgotten, Sleeping Beauty, Anomaly, Red Yellow and Green and Tú Me Manques. In television series she participated in “I am still the King” and “The Delivery”. She acted in various short films and video clips.

In 2019 she participates as an actress in the film “98 Seconds Without Shadow” by Juan Pablo Richter, to premiere on November 25, 2021.

He is a Bolivian actor and producer who graduated from the William Esper School of Dramatic Arts in New York. Throughout his career, Quim has worked with national and international filmmakers and directors on feature films, short films, and plays. He has worked with Bolivian directors Rodrigo Bellott in “Tu me manques” and Juan Pablo Richter in “98 Seconds Without Shadow” and “The story of Max and Emma”; Egyptian-American director Sam Abbas in “Alia’s Birth”; the American director Heidi Ewig in “I carry you with me”; and Puerto Rican director Kristian Mercado in “Mariposa”.)

Is a 20-year-old Bolivian artist who currently resides in Berlin where she studies design. Flor expresses and experiences her passion for art in different ways, especially through drawing and painting. Her love for cinema made her find another form of expression in acting. Her first role as an actress was in Juan Pablo Richter’s film “98 seconds without shadow.”

Is a Bolivian actress and dancer born on June 2, 2004 in Santa Cruz de la Sierra, Bolivia. Her interest in art began with drawing when she was 5 years old. At the age of 8 she began to dance competitively and came to represent Bolivia in international competitions such as the HHI in the United States and the Latin Fest in Latin America, among others. She began acting at the age of 13 in local films and series and starred in the short film “Sarah” and later achieved the role of Lorena Vacaflor in the film “98 seconds without shadow”, directed by Juan Pablo Richter, at age 15.)

THE FILM IN THE MEDIA